Question as asked on Quora:

“What will be the impact of Bitcoin ETF’s on the economy?”

I don’t know that Bitcoin ETFs alone will have a huge impact on the economy, at least near term.

However, I see the near-term advent of Bitcoin ETFs as a positive sign that Bitcoin is nearing a tipping point of mainstream acceptance, specifically among larger, institutional investors.

I’ve found that it’s very helpful to listen closely to what industry insiders say about the potential for cryptocurrency derivative products, and the entry of institutional investors into cryptocurrency markets – in order to get a feel for the potential magnitude of these shifts.

Earlier this year, Bill Barhydt, the CEO of Abra, a cryptocurrency startup with $30 million in funding to date, made some comments about the advent of institutional investors in the cryptocurrency space, including:

“I talk to hedge funds, high net worth individuals, even commodity speculators. They look at the volatility in the crypto markets and they see it as a huge opportunity. Once that happens, all hell will break loose. Once the floodgates are opened, they’re opened.”

Source: ‘All hell will break loose’: The crypto market will boom again in 2018 according to the CEO of American Express-backed startup Abra

And just today, we’re seeing another rather significant indication that he may just be right. 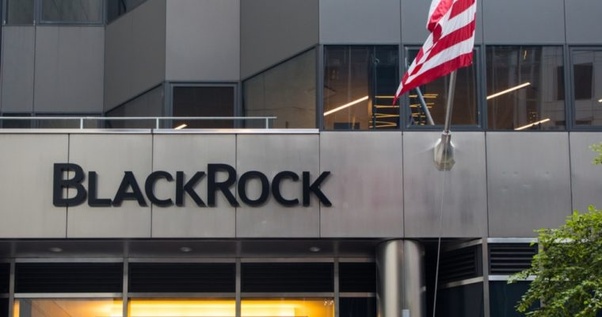 Six months after its chief executive lambasted bitcoin as an “index of money laundering,” BlackRock — the world’s largest exchange-traded fund (ETF) provider — has set up a working group to explore how to profit from the burgeoning cryptocurrency ecosystem.

The Financial News reports that the $6.3 trillion asset manager has begun discussing whether to invest in bitcoin futures and is also exploring other ways to gain exposure to cryptocurrencies and blockchain technology.

The task force will also examine how its competitors are investing in the cryptocurrency industry and whether those ventures present a threat to BlackRock’s market share.”

So, today, we have the firm that is literally the world’s largest manager of assets, including ETFs, taking a serious look at cryptocurrency.

That is, indeed, significant – to put it mildly.

And suffice it to say that the news has had a positive effect.

“Crypto markets are on an upswing today, July 16, as data from Coin360 shows, with Bitcoin (BTC) reclaiming the $6,600 price point.

Today’s notable market growth is likely bolstered by news that the $6.3 trillion asset management heavyweight BlackRock –– the world’s largest provider of exchange traded-funds (ETF) –– is beginning to assess potential involvement in Bitcoin, according to reports from Financial News.”

However, as we all know, “correlation is not causation” – and so, are there any other reasons to think that this may be the beginning of a tipping point for cryptocurrency, where the advent of a significant number of derivative investment options, and the directly-connected entry of more and more institutional investors into cryptocurrency markets, will cause the prices of cryptocurrencies to increase over the long term?

I would say it’s just possible.

“I expect that since cryptocurrencies will increase the velocity of money, the current $86 trillion global market for currency will grow to be about $140 trillion in the next 10 years, and that growth will be in crypto. In fact, I estimate that fiat currencies will actually decrease in use, and that crypto will become as much as $100 trillion of that market. I expect Bitcoin to be about 10% of that market, or $10 trillion. There is a lot of room to grow there.”

His price prediction sounds a bit, well, crazy, though — doesn’t it?

Maybe it will sound less crazy when you realize that in 2014, when Bitcoin was trading around $600, that Draper predicted that Bitcoin would exceed $10,000 within three years.

Even one correct prediction like that goes a long way toward given someone credibility, in my book.

And he’s also got a pretty good track record of calling the next big thing, technology-wise, and investing accordingly.

He’s a billionaire, in part, because he foresaw the potential of:

Email (and invested in Hotmail).

Electric vehicles (and invested in Tesla).

Video calls (and invested in Skype).

And so, not to belabor all that, too much – but if Draper sees vast potential in Bitcoin – that alone makes me inclined to pay some attention to it.

And Draper sees potential in Bitcoin and cryptocurrency.

“The billionaire investor compared Bitcoin, and evidently Blockchain in general, to his early investments in Tesla, Hotmail, and Skype.

He went further by stating that Bitcoin would be “bigger than all of those combined,” and that the scale and importance of Bitcoin and the technology behind it exceeds that of major technological developments in human history, saying:

Source: Tim Draper Says Bitcoin Is Bigger Than The Industrial Revolution In Debate With Skeptics

And what about industry insiders with hands-on experience with ETFs? Like, say, JPMorgan?

“JPMorgan now recognizes the fantastic potential that a Bitcoin-based ETF can offer. When communicating with its clients about the multiple benefits of such a financial product, the megabank refers to it as the “holy grail for owners and investors.”

On February 9, 2018, JPMorgan informed its clients of the benefits that Bitcoin ETFs would bring, underlining the following:

High integrity: “ETFs are traded through brokerage accounts that carry with them insurance via SIPC. Bitcoin exchanges have no such insurance and expose holders to potential fraud and theft.”

JPMorgan officials also stated that a Bitcoin ETF “could have a transformational impact on the cryptocurrency.” To emphasize this point, JPMorgan likened it to the financial market impact of the first gold-based ETF.”

Many people are familiar with Coinbase, the billion-dollar cryptocurrency on-ramp for many consumers who use it as one of the few consumer-friendly options to change fiat (national, like dollars or euros) currencies into Bitcoin, Ether or Litecoin.

How does Coinbase feel about the potential for the cryptocurrency markets that will result from institutional investors entering, once more derivative investment products like ETFs become available?

In fact, in the past few months over 100 hedge funds were created that exclusively invest in and trade cryptocurrency. Some of the world’s largest financial institutions have also recently announced their plans to begin trading cryptocurrency.

At Coinbase, we welcome these developments as they help accelerate the world’s adoption of cryptocurrency by bringing new capital, greater awareness, and additional infrastructure to the space. This movement requires institutional grade products and services, something Coinbase has been developing with leading institutions and which we are proud to formally launch today.”

As the expression goes:

Including when that money is cryptocurrency.

Maybe especially when that money is cryptocurrency.