Original Question: Is cryptocurrency only for the economically well-to-do?

Actually, cryptocurrency is primarily for the less well-to-do, in terms of the benefits it offers over the long term.

The only aspect of cryptocurrency that is primarily for the economically well-to-do are the secondary investment markets, ranging from globally-popular exchange trading, to other investment products such as those offered by Grayscale.

However, those secondary investment markets are to cryptocurrencies as shares in a company are to the company itself.

For instance, in terms of global wealth (and lack thereof), investments such as Facebook or Google shares are for the economically well-to-do, whereas Facebook and Google as services, are for essentially everyone.

Even many people in poorer areas of the world, or of a given country, have a Facebook account, use Messenger (or WhatsApp); search for information via Google, talk with family across the world using Google Voice, thanks to its $0.01 per minute rate over much of the globe, or enjoy free video chat via Hangouts, and so on.

But those services are free, or very close to free – how can cryptocurrencies carry the same kinds of advantages?

They don’t – they actually carry advantages that have far, far higher potential to help the less well-to-do around the world, because of the direct connection that cryptocurrencies have with money and financial transactions.

Is there a simple “go by” to determine the benefits of cryptocurrencies, and who may benefit from them? Yes there is:

If someone can directly benefit from the transmission of money happening faster, less expensively, and without restrictive central authorities in the way – cryptocurrencies and related blockchain technologies can potentially help.

And who is most negatively impacted by money transmission happening slowly, expensively, and sometimes not at all, per the central authorities who will, for instance, refuse certain people bank accounts, or only open bank branches in certain areas of a country, inconvenient to its less wealthy citizens?

Who is most likely to be negatively affected by unstable currencies in a given country, and who therefore can benefit from holding some of the more stable cryptocurrencies, instead of their nation’s currency?

This is what led blockchain and cryptocurrency thought leader and entrepreneur Naval Ravikant to say: 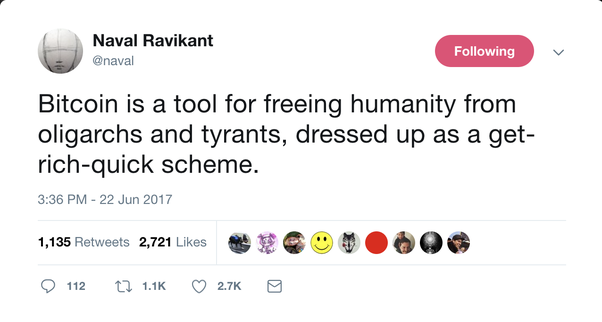 And this isn’t just a matter of opinion – cryptocurrency / blockchain startups are raising millions of dollars to help serve the historically unbanked and underbanked around the world – who can now improve their financial station in life with via cryptocurrency-based solutions.

The ramifications of this are significant, to put it mildly.

Imagine being in rural Africa somewhere, with little access to your national currency, that rapidly loses its value at any given time, having been denied a bank account because you have no assets to speak of, and having to rely on corrupt middlemen to meet your near-term financial needs …… until now.

Now, you open a Bitpesa account on your phone. And then what?

“BitPesa is an online payment platform that leverages Blockchain settlement to significantly lower the cost and increase the speed of business payments to, from and within sub-Saharan Africa.

BitPesa’s clients range from African businesses and multinational companies paying suppliers as far as China and Dubai to international remittance companies using our API services for white-label payments to dozens of bank networks and mobile money operators across Nigeria, Kenya, Uganda, Tanzania, Senegal, and the DRC.

BitPesa was launched on November 1, 2013 in Nairobi, Kenya, and also has offices in Lagos, London, and Dakar.”

… and then, you effectively have a bank, and access to many of the usual bank-related services.

“BitPesa has enabled us to create a new product to support trade business in Nigeria. They help us source liquidity locally, so we can pay our customers’ suppliers in China and the US. BitPesa delivers on their promise.”

For more on how Bitcoin and other cryptocurrencies are impacting the $600 Billion global remittances market (remittances – people sending money back to their home country, to support their family), see this article:

Bitcoin’s Most Profitable Use: the $600 Billion Overseas Remittance Business?

And the people who benefit most from that dynamic are those who haven’t been able to do so, before now.

“Cryptocurrencies have the potential to change the lives of some of the world’s poorest and most desperate people for the better. Cryptocurrency can improve lives by helping residents of developing countries participate in the global economy and escape from poverty.

Hyperinflation, poverty, lack of jobs, lack of access to banking, lack of capital, and poor access to markets are among the problems that altcoins can help people in developing nations solve. This will be achieved by giving everybody in the world access to modern banking and financial services through the blockchain.

There are now many entrepreneurs, economists, aid officials, and bankers who believe a combination cryptocurrency and mobile phones, will give the world’s poor access to the global economy.” 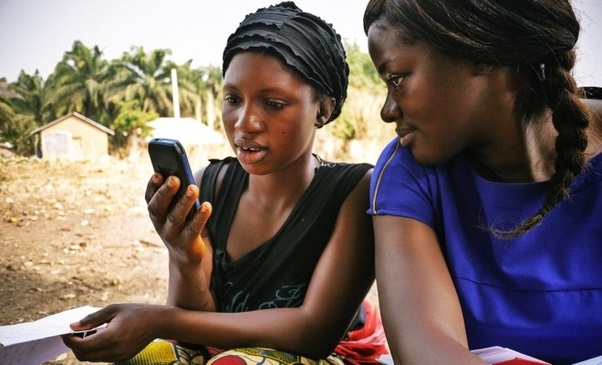