Is it allowed to make a private sale to unaccredited investors of a security token?

Presuming that your question is with respect to the United States — Yes, it is – and it’s one of those things for which we can genuinely say: 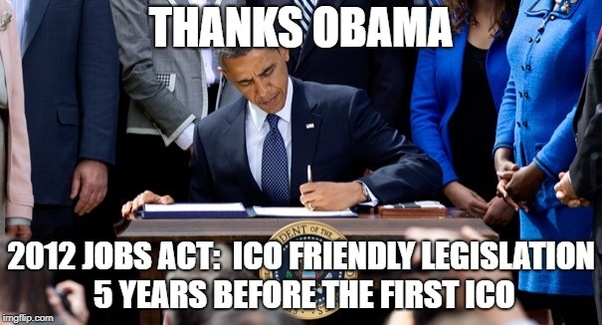 In 2012, then-President Obama signed the JOBS Act, which, despite its name, actually stands for Jumpstart Our Startup Businesses, aka the Crowdfund Act, and had components that made crowdfunding in general, and crowdfunding by selling securities in particular, much easier, and available for far more startup endeavors.

Ironically, this was several years before the first ICO took place, and the term “token” hadn’t been, well, coined at that time (Ethereum wasn’t even a gleam in young Vitalik’s eye in 2012, and Bitcoin was the only game in town).

In any case, the options outlined for securities sales related to crowdfunding can be applied to securities tokens, as follows:

– Title IV or Regulation A+ permits raising up to $50M per year directly from the general public and allow the securities to be freely tradable.

– Title III or Regulation Crowdfunding permits raising up to $1,070,000 per year directly from the general public with a one year restriction on trading the securities.”

And so, both the Title IV and Title III options above are available for startups conducting an ICO or other type of TGE (Token Generation Event) with a cryptocurrency token that is a security.

“The main issue for token investors is where to sell those tokens. Every single exchange that currently exists is going to refuse to list a securities token because they are not broker-dealers or registered exchanges.”

And so, listing said security token on major exchanges after the ICO will likely not be an option. There are security-friendly options cropping up- but they’re not doing any kind of significant trading volume.

If the ICO in question truly is a private sale, and the investors don’t expect to be able to publicly sell their token for some time, if ever – then the options listed above from the JOBS Act may be a good way to raise working capital while also remaining confident that the project is operating its token sale within the boundaries of existing securities law.

DISCLAIMER: I am not an attorney, and am not providing either legal or financial advice with this answer. My personal and professional opinion is that anyone considering conducting an ICO using the JOBS Act options as their guide, should consult an attorney familiar with both ICOs and with securities-related legislation.

The other primary option is to try to make a case that your token is not actually a security, but, rather, a utility token (i.e. designed primarily for use on the given blockchain network, rather than a vehicle for investors to make a profit simply by investing in the ICO, and buying a certain quantity of that token).

People have different views concerning this approach, and I would suggest (again, just my personal and professional opinion) that the set of opinions that matters are the ones that come directly from the SEC.

What they have to say about the “utility token” approach, is:

“Certain market professionals have attempted to highlight utility characteristics of their proposed initial coin offerings in an effort to claim that their proposed tokens or coins are not securities. Many of these assertions appear to elevate form over substance.

Merely calling a token a “utility” token or structuring it to provide some utility does not prevent the token from being a security. Tokens and offerings that incorporate features and marketing efforts that emphasize the potential for profits based on the entrepreneurial or managerial efforts of others continue to contain the hallmarks of a security under U.S. law. “

If you truly want to be on the right side of the SEC and related compliance matters, you could always try to run your ICO via Coinlist, a spinoff of AngelList, and backed by AngelList founder and blockchain industry thought leader, Naval Ravikant.

CoinList Raises A Total Of $9.2 Million In Series A Funding Round

And what does Naval think of ICOs in general, as a funding mechanism? 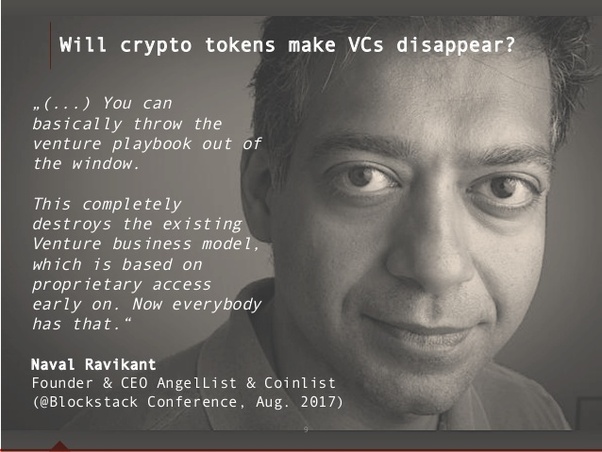